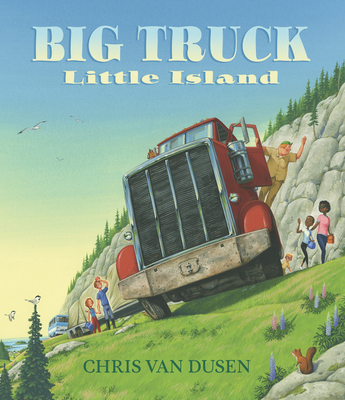 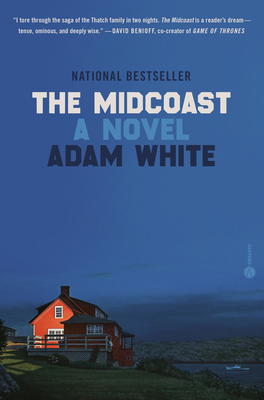 1. Night of the Living Rez by Morgan Talty

3. The Midcoast by Adam White

7. Klara and the Sun by Kazuo Ishiguro

9. Lucy by the Sea by Elizabeth Strout

15. Between Two Kingdoms by Suleika Jaouad

16. Everyone Knows Your Mother Is a Witch by Rivka Galchen

17. Lessons in Chemistry by Bonnie Garmus

19. As If a Song Could Save You by Betsy Sholl

20. Where the Crawdads Sing by Delia Owens

28. The Ride of Her Life: The True Story of a Woman, Her Horse, and Their Last-Chance Journey Across America by Elizabeth Letts

30. The Light We Carry: Overcoming in Uncertain Times by Michelle Obama

32. We Ride Upon Sticks by Quan Barry

35. Blueberries for Sal by Robert McCloskey

36. Conversations with Friends by Sally Rooney

37. A Carnival of Snackery by David Sedaris

40. The Snowy Day (Board Book) by Ezra Jack Keats

42. Beautiful World, Where Are You by Sally Rooney

43. Entangled Life: How Fungi Make Our Worlds, Change Our Minds & Shape Our Futures by Merlin Sheldrake

44. The Verifiers by Jane Pek

45. A Swim in a Pond in the Rain: In Which Four Russians Give a Master Class on Writing, Reading, and Life by George Saunders

46. The Ministry for the Future by Kim Stanley Robinson

47. In the Woods by Tana French

48. My Year of Rest and Relaxation by Ottessa Moshfegh

50. This Is How You Lose the Time War by Amal El-Mohter

54. Time Is a Mother by Ocean Vuong

55. The House in the Cerulean Sea by TJ Klune

56. A Gentleman in Moscow by Amor Towles

57. Women and Other Monsters: Building a New Mythology by Jess Zimmerman

58. The Body Keeps the Score: Brain, Mind, and Body in the Healing of Trauma by Bressel van der Kolk, M.D.

59. No One Is Talking About This by Patricia Lockwood

60. One Morning in Maine by Robert McCloskey

63. The Seven Husbands of Evelyn Hugo by Taylor Jenkins Reid

66. Atlas of the Heart by Brené Brown

67. The Dawn of Everything by David Graeber and David Wengrow

69. The Plot by Jean Hanff Korelitz

70. The Bomber Mafia by Malcolm Gladwell

72. Dinner in One by Melissa Clark

74. The Vanishing Half by Brit Bennett

75. The Blacktongue Thief by Christopher Buehlman

77. If I Built a School by Chris Van Dusen

80. Wintering by Katherine May

81. Madness is Better Than Defeat by Ned Beauman

83. The Candy House by Jennifer Egan

84. The Lincoln Highway by Amor Towles

85. How to Not Always be Working by Marlee Grace

86. The Stranger in the Woods by Michael Finkel

87. The Book of Delights by Ross Gay

88. Recollections of My Nonexistence by Rebecca Solnit

89. The Furies by John Connolly

90. The Splendid and the Vile by Erik Larson

93. The Secret History by Donna Tartt

95. The Overstory by Richard Powers

96. Islands of Abandonment by Cal Flyn

97. When Women Were Dragons by Kelly Barnhill

99. How to Be Eaten by Maria Adelmann

100. The Lost Kitchen by Erin French

click here to return to the BOOKS main menu